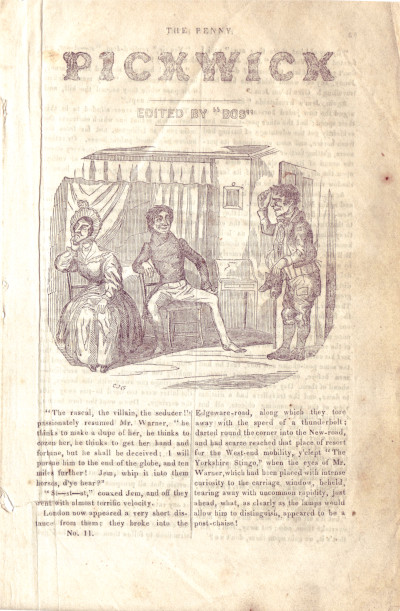 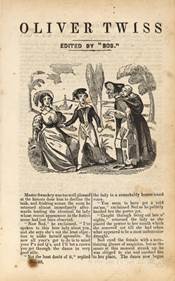 For all its virtues, the 1842 Copyright Act perpetuated a system that was not entirely consistent with “encouragement of learning” as its statutory purpose.

The Stationers’ Company was responsible for registering copyrights. Unlike the libraries to which the author had only to supply free copies, it charged hefty fees. The 1842 Act set these at 5s. Growing from a trade guild in 1403 to publishing monopoly in 1557, the Company had lost its trading advantage in 1711. The lucrative registration business endured until 1911. In, the Company published an entertaining “sketch of the history and privileges of the Company of Stationers”1

Stationers in this context appears to mean publishers, yet it seems to have been common for those who made paper to be called stationers in the 18th century.

Lloyd‘s publications such as The Penny Pickwick and Oliver Twiss have brought controversy and accusations of plagarism but copyright exists in the expression of ideas, not in the ideas themselves. Plot and characters can therefore be copied as long as the work is totally rewritten. Although Oliver Twiss follows the general arc of Dickens' story, characters and incidents along the way are unique and closer to the real experiences of the cost-conscious reader.

George Reynolds, Edward Lloyd and others brought out their own versions of the characters and stories of The Pickwick Papers. There were also many adaptations for the stage which enraged Dickens so much that in 1837, Dickens‘s publishers Chapman & Hall sought an injunction against Lloyd‘s “fraudulent imitation“ of Dickens‘ work in The Penny Pickwick. The point being that would be purchasers of Dickens‘ work might be confused by the existance of the Penny Pickwick, mistake one for the other and thus defraud Dickens of a sale. Applying the law of fraud, the judge found that the publisher‘s barrister had not made out a case. Dickens was not called to give evidence, and the case was abandoned.

After the court case, Lloyd taunted Dickens in the preface to Vol. I of the collected Penny Pickwick stressing that his own aim was merely to adapt a popular character and make the stories available to a poorer wider public. A further example is to be found in Pictorial Pickwikiana2

Dickens subsequently campaigned tirelessly from 1837 to get Parliament to enact a copyright statute and dedicated The Pickwick Papers to Thomas Noon Talfourd MP who had laboured on his behalf unsuccessfully. He also took the battle to the United States where his intervention was denounced.

The fact that Dickens did not win the court case allowed Lloyd to continue to produce cheaper versions of Dickens‘ subsequent stories such as Oliver Twiss.

In 1847, ten years too late, Chapman & Hall did the sensible thing and issued Pickwick in a cheap edition — 32 numbers for 4s.

Dickens‘s publishers did not base their claim on copyright infringement. The law still bore traces of the original monopoly right granted to the printer and focused rather technically on appearance, not content.

In 1842, copyright law was amended, apparently in Dickens‘s favour as author but to little effect. He won a lawsuit against a copier but the judge ordered him to pay the copier‘s costs. On that occasion, he said of the legal process: “it is better to suffer a great wrong than to have recourse to the much greater wrong of the law.“

Before that Act was passed, an ill-defined concept of “re-origination” allowed copying if, for example, it was manifestly for the purpose of parody. US law now recognises “transformative” use as fair use of a copyright work. It was confirmed on 18 April 2016 when the Supreme Court declined to review a judgment upholding Google Books’ right to highlight passages in major works that match a search term (Authors Guild v Google, 2013. For legal analysis, see Joseph J Beard, 2004)3.

English copyright law was slow to follow. A specific exception for "caricature, parody or pastiche" was introduced on 1 October 2014. It was one of the options provided by EU law in 2002 (Directive 2001/29). The new legislation also creates a right to use quotations from published works and covers music, films and the other performing arts (it was the many parodies on YouTube that prompted the UK to change the law).

Permission is based on fair use. English law used to take a much more limited view of this concept than the US and many other EU countries. Whether the law develops further for parodies, quotations etc will depend on litigation. Since few copyright owners, if any, sued while their right was being infringed, it seems most unlikely that anyone will hazard the immense cost of a lawsuit under a new enactment making it less likely that they will succeed.